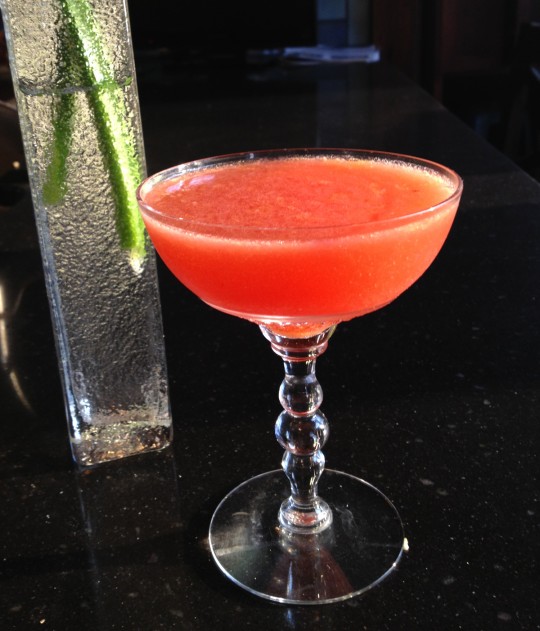 The Monkey Gland cocktail wins the prize for the oddest name and the most interesting origin. According to Ted Haigh’s go-to guide, Vintage Spirits & Forgotten Cocktails, the drink came from the famous Harry’s New York Bar in Paris in the 1920’s, which was the host to famous American ex-pats such as Fitzgerald and Hemingway. Invented by bar owner Harry McElhane, the drink was named after the questionable medical practices of a Russian quack named Serge Voronoff. In Paris during the 1920’s, Voronoff performed implants of monkey testicles into …um…shall we say… well…the corresponding part on a human male. This was supposed to rev up the sex drive. It was very popular with Parisian cafe society.

The Monkey Gland cocktail is a lot more appetizing than the story suggests. It is a gin drink, made with pomegranate grenadine, freshly-squeezed orange juice and an anise liqueur, such as pastis. The medical procedure and the cocktail itself inspired a jazz song from that era …

I always felt like eighty-three
Standing ’round like an old oak tree
But something wonderful happened to me;
Just wait and see.
A little operation
Filled me full of syncopation
And now I shout with glee!
(monkey screech) I’m just a monkey man.
I feel like a wild monkey
Looking for a chimpanzee.
(monkey screech) See this monkey talk.
Every day in every way
I’m getting better in my monkey walk.
(monkey screech) I’m wild as wild can be.
(monkey screech) So don’t you monkey with me.
Since my recovery, the other day
I made a discovery, and that’s why I say
Understand
It was a monkey gland
That made a monkey out of me.

“Made a Monkey Out of Me”
—Meyers, Black, and Schoebel
1923, Original Memphis Melody Boys featuring Billy Meyers The Monkey Gland Cocktail – sure to add vim to your vigor!

Pour ingredients over ice in a cocktail shaker, shake to chill and strain into a cocktail glass.